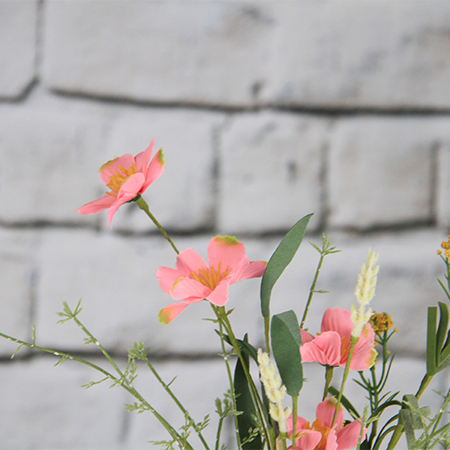 1. Silk flower, also known as Jinghua, refers to Artificial Flowers imitation of silk of various colors. It has been more than 1,700 years old and is the main ornament of women in the Tang Dynasty. Since then, the production of silk flowers has been introduced to Japan and North Korea. In 2008, Beijing Huahua was selected for the Second Batch of National Intangible Cultural Heritage.

3. The velvet flower, the velvet flower making, the homophonic "Ronghua", began in the Tang Dynasty, which is a tribute, is the representative of the Chinese rich culture. In the late Ming and early Qing dynasties, it was flown into the folks, mainly in the Spring Festival, the Dragon Boat Festival, the Mid-Autumn Festival, and the wedding flowers.

4. Wrapped flowers, a combination of paper-cutting, weaving and embroidery techniques, has not yet been found in official historical records. From some local chronicles, folk culture-related research and old-fashioned oral narration, it can be inferred that the earliest period began in the Ming and Qing Dynasties. It belongs to general and regional folk crafts. It is mainly divided into two categories: Hannan Hanhua (Spring Flower) and Hakka Flower.

The above information is provided by Yantai Lepin Trading Co., Ltd., a Chinese artificial flower seller!