According to the "Knowledge of the Past", in the 3rd century AD, Jin Huidi (259-306) "made the palace people to insert five-color grass flowers", that is, the palace ladies used the dyed multicolored grass flowers to be inserted in the hairpins and other places as decoration; There are also "cut flowers for the industry, dyeing the hibiscus for the hibiscus, cut the plum if the life", it can be seen that the silk flower has been very popular at that time. Artificial Decorative Flowers rises! 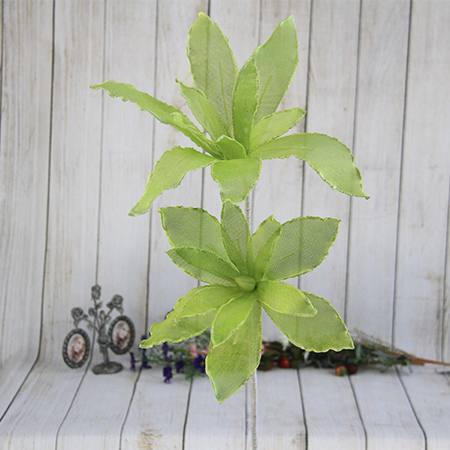 In 1959, the silk flowers unearthed from the tombs of the Astana in Turpan, Xinjiang, were still very bright. From the "Fenghua Ladies' Figure" of the Tang Dynasty painter Zhou Wei, you can also see the various silk flowers worn by the ladies. In the Song Dynasty, Tongcaohua was very common in southern China. There was a professional Tonghuahua family workshop in Raozhou, Jiangxi Province (about Shangrao District). In the Ming Dynasty, the Beijing Palace set up a workshop dedicated to the use of flowers for later use. During the reign of Emperor Kangxi in the Qing Dynasty (1662~1722), there was a flower-making work under the establishment of the Yangxin Temple of the Ministry of Internal Affairs. In the Qing Dynasty, the flower was famous in Beijing, commonly known as Jinghuaer.

At that time, Huashi Street was famous for its numerous flower gardens and flower market. In 1955, the production of Artificial Flowers has been greatly developed. Among them, Huanhua is mainly produced in Beijing and Shanghai. Tongcaohua is mainly produced in Yangzhou, Jiangsu and Qingdao in Shandong. The main source of feather flowers is Shenyang. The main producing areas of Beijing and Nanjing are Ronghua. . Beijing's famous enamel artist Jin Yulin, known as "Flower Gold", was born in the family of 绢花. He inherited the ancestral flower-making skills, and paid attention to observing the true flowers and grasses, refining them in art, and creating the silk flowers, especially the various chrysanthemums, which were praised by people. Since 1960, plastic flower production has developed greatly, mainly in Jinzhou, Liaoning, Tianmen, Hubei and other places. Polyester flower is a new variety developed after 1970, mainly produced in Shanghai and Quanzhou, Fujian.